Pippa lost her leg after being hit by a train

The accident happened three years ago, but Pippa will show the scars for the rest of her life in a very visible way: she only has three legs. When you hear the story about what happened, you’ll realise that Pippa was very lucky to survive at all.

Paula’s father has always been very helpful with Pippa’s daily routine, taking her out for a long walk every day. Their favourite place used to be the beach in Kilcoole: Pippa enjoyed paddling in the surf as well as galloping across the sand. The railway track runs close to the beach, and they were always very aware of the fact that trains occasionally passed by. Paula’s Dad took no chances on these occasions: whenever he heard a train in the distance, he’d put Pippa onto the leash, so that there was no risk of anything going wrong.

The accident happened on a blustery September day: the wind carried the sound of the approaching train away, so her father didn’t hear it coming. The first thing he knew was that Pippa had spotted the rapidly approaching train in the distance, and she was running towards it. He shouted her name repeatedly, charging after her, bellowing, but to no avail: she was focussed on the train, and nothing would distract her.  She rushed up to the side of the train as it sped past, and she began to run parallel to it, as if trying to catch it. He watched in horror as she ran too close: the metalwork of the train became tangled in her fur, and she was dragged under the massive locomotive. As the train sped off into the distance, he expected to find her mangled body on the tracks.

To his astonishment, Pippa had somehow survived. He saw her struggle to her feet, hobbling back towards him. It was only as she came closer that he saw what had happened: her left front leg had been sliced off at the shoulder by the train’s wheel. She had been just inches away from having her body cut in half. He called Paula on her mobile phone and she was on the scene in minutes. She wrapped her jacket around Pippa’s horrific injury and drove her off to the emergency vet immediately.

pippa was in shock

Pippa was given urgent treatment for shock, with pain relief and intravenous fluids, and by the following morning, she was alert and comfortable. She had to undergo a major operation to clean up the jagged wound left by the train wheel. X-rays showed that she’d also suffered from a fractured hip, so she needed another operation to fix this up too. She had a tough few weeks, but she’s a hardy little dog, and within a month of the accident, she was going out for walks again. It took her a while to learn to balance on three legs, but since then, she hasn’t looked back.

Three years on, many people don’t even realise that she only has three legs. She runs everywhere, leaps into the car, charges upstairs and even plays football. She still loves chasing, but she’s learned some sense. She is very quick to chase a cat out of her garden, but she doesn’t like loud noises such as motorbikes, buses or trucks: if one passes nearby, she flinches, and moves to one side.

Paula has stopped exercising her anywhere near railway tracks: she stays in forests and parks these days. One close encounter with a train is more than enough for any dog. 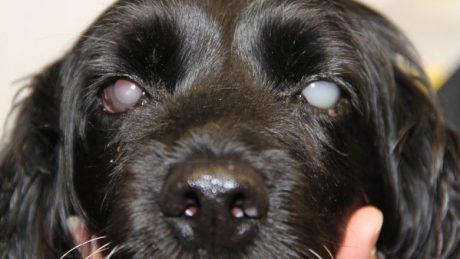 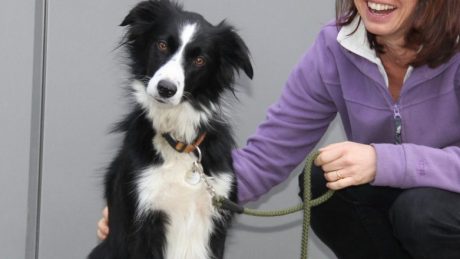 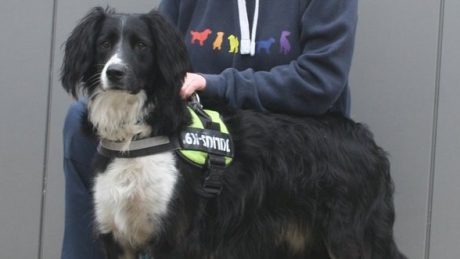