Home / Articles / Pets & Other Animals / Dogs / Pollen allergies in dogs: Pete the Vet with Oscar the terrier on TV3’s Ireland AM

Pollen allergies in dogs: Pete the Vet with Oscar the terrier on TV3’s Ireland AM

To watch the video, click on the link at the foot of this page

Pollen allergies in dogs are a common cause of itchy skin

This week on Ireland AM, I brought Oscar with me: he’s a terrier who has classic signs of pollen allergy, and he also suffers from dust mite allergy. This means that he is itchy all year round, but it always gets worse at this time of year because of the increase in pollens.

Atopy is the most common type of pollen allergy in dogs

Atopy (atopic dermatitis) is an inherited allergic skin disease of dogs: it’s more common in some breeds ( such as West Highland White Terriers) and it’s almost never seen in other breeds (such as Greyhounds). The allergy can be to pollens, but also to moulds and house dust mites.
The cause of the allergy is an inherited defect in the normal skin barrier, allowing tiny particles to penetrate the outer layers of the skin, provoking an allergic reaction of the lower sensitive areas and causing inflammation here (redness, itchiness, etc).
Once the inflammation starts, there’s a vicious circle, with dogs licking and scratching themselves, further damaging the skin and making it even more inflamed. Bacteria and yeasts that normally live harmlessly on the skin can then move into the inflamed and damaged areas, leading to secondary infections, with toxin and irritant production causing more itching.

The classic signs of atopy are itchiness affecting the following areas

The first signs of atopy are usually seen between 9 months and 3 years of age, but it can also develop in younger and older dogs.
The main signs are licking or chewing of:

Hair loss, redness of the skin and secondary infections with yeast or bacteria are often seen, making the situation even worse as time passes..

The aim of treatment is to

Once the specific pollens have been identified via a skin test or a blood test, a solution can be manufactured that includes these pollens. This is given by injection regularly, eventually once a month, and continued for life. This gets the body used to the presence of the pollens and so the allergic reaction is reduced. It works well in 50 – 70% of cases.

What about Oscar? Why is he not itching any more?

Oscar is on regular immunotherapy, and he also takes Apoquel every day. He has responded very well to this combination of treatment.

To find out more, watch the video below..

Pete the Vet on Ireland AM discussing pollen allergies in dogs 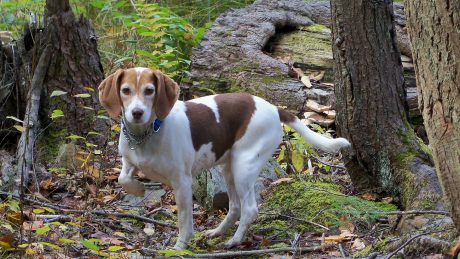 Is it OK to put your dog’ poop in someone else’s wheelie bin? Plus audio books to celebrate James Herriot’s birthday. | Pat Kenny Show 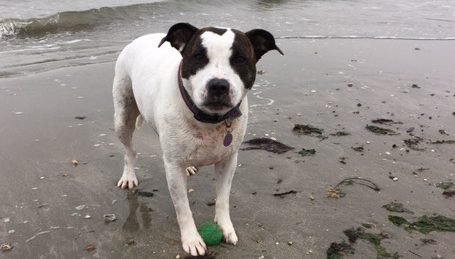 Guest post: “Is your dog safe” – the most offensive question I’m frequently asked