I have been campaigning against puppy farming for many years in Ireland. I came across this video, and decided to put it here. Eventually, the situation will be improved, but until then, work needs to continue on highlighting the problem.

Have you ever seen photos of battery hens in cages? The birds live in conditions where they can scarcely move, yet they still produce eggs, and so still make a profit for their owners. But it is obvious from photographs that the hens do not have a quality of life that would be envied.

Did you know that in Ireland, it is perfectly legal to keep dogs in the same conditions? I have heard of situations where dogs live in wire cages, measuring three feet wide, by two feet high, by two feet deep. The cages are lined up in long rows, with a second storey of cages on tope of them. Each cage contains a bitch, either pregnant or nursing young puppies. The cages are in a large dark shed, in a large muddy field. The shed can be seen from a nearby road, but passers-by would have no idea about what is happening inside. And even if people did know what was happening, little could be done about it. As long as the animals are not actively suffering from pain, it is very difficult to prove that “cruelty” is taking place.

The term “puppy farm” is used to describe such dog breeding establishments. Puppies are valuable commodities, and it is possible to make large amounts of money by producing high numbers of puppies. In Ireland, this can be done with no regulation or intervention by anyone. Puppy farmers can just do exactly what they want, as long as they are careful to avoid actions that could be described in a court of law as “cruelty”.

Last year, another puppy farm was raided by animal welfare workers, this time in County Wicklow. The story is a familiar one, but it is still shocking.

Eighty dogs were rescued, and up to twenty of those may need to be euthanased because they are in such poor condition. Most of the dogs were Yorkshire Terriers, or terrier crosses, and they were kept in cramped conditions, with no access to light, food or clean water. They were covered in fleas, and they had matted coats, soaked in urine and encrusted with faeces. Some of the dogs were kept in containers so small that they could not even stand up, so that they were in a permanent crouched position. Their nails were overgrown because of the enforced inactivity.
I am not at all surprised about this news story. I am quite sure that there are dozens more of these puppy farms across Ireland, hidden behind closed doors. For the past eight years, animal welfare groups have been urging the government to take action to stop this abuse of animals, but nothing has changed.
Most countries control such large-scale dog breeding enterprises with regulations and inspections. Not Ireland. Here, anybody can set up a “puppy farm”, keeping as many breeding animals as they wish, with no restriction and no external monitoring.

As a result of the lack of regulation, Ireland has become known as the “puppy farm capital” of Europe. Puppies are produced here in large quantities, crammed into vans and transported to the bigger, busier puppy market of the UK. Our international image has been suffering as a result.

The Irish government did begin to address this situation, and a Working Group was set up four years ago to assess the best way to deal with the problem. A comprehensive report with simple recommendations to introduce a form of inspection and licensing for the large-scale breeders was produced in October 2005.

In May 2006, the Minister of Environment announced that he was introducing new regulations as recommended by the Working Group. All premises with more than five bitches would have to be registered with the local authority. There would be strict limits on the number of times and the frequency with which a bitch would be allowed to have puppies. A higher licence fee would be introduced for large scale dog breeders to cover the cost of inspections.
At the time, animal welfare groups welcomed this announcement, but celebrations were premature. Over two years later, the recommendations have still not been implemented. The consequences of this lack of action can be seen in the video on my blog. Animals continue to suffer so that humans can make profit from them.

I do appreciate that it is not always as easy as it might seem to introduce new licensing arrangements and regulations. There are many practical issues that can cause complications. There is no point in rushing to put regulations in place if they cannot be enforced properly. It is quite possible that the Department of Environment has been busy behind the scenes, finalising the details of how the new regulations will be implemented. But it has been over two years since the announcement was made, and to date, there has been no visible sign of anything happening.

If you want to know more about the issue of puppy farming, you can read the full report of the Dog Breeders Working Group at www.environ.ie. (just type “dog breeders” into the search box on the site). Ask in your local library if you are unable to access the internet yourself.

If nothing is done, you can be sure that dogs will continue to be treated like battery hens to make profit for their uncaring owners. In six months time, there will be another news report about the appalling conditions on another puppy farm. How long do we have to wait before action is finally taken to sort this out?

Madra: Saving dogs in the West of Ireland 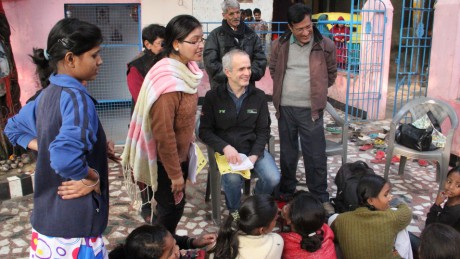 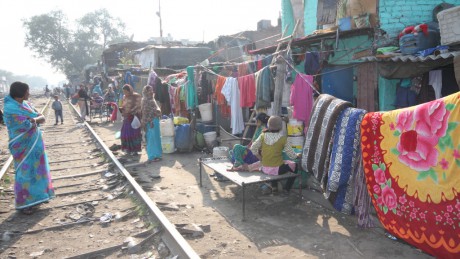 Pete the Vet in Delhi day 4: in the slum by the train tracks with the questionnaire