Ralph, a three year old Persian cat who has long fur that becomes matted if not regularly clipped off 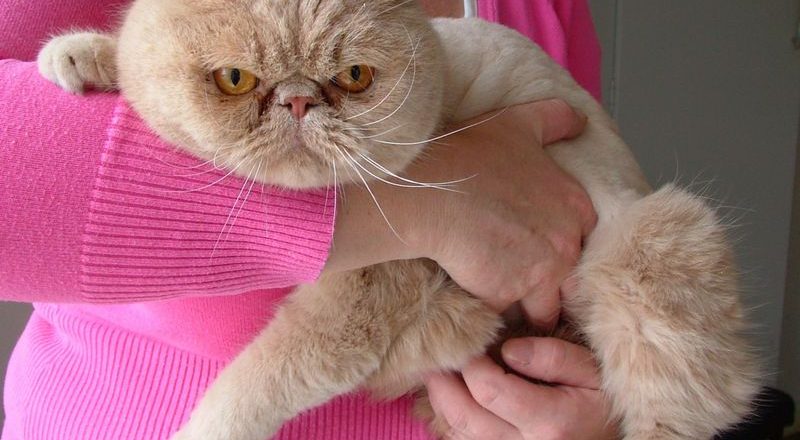 Ralph is a cream-coloured Persian cat, with orange-yellow eyes and the flattened nose that is typical of his breed. His natural coat is very long, and he would be classified as a “high maintenance” animal. To keep his coat in show condition, daily brushing and combing would be needed.

Many cats look after their own coats, spending long periods licking their fur and teasing out any small matted areas with their teeth. Their coats always look immaculate, without any input from their owners. Unfortunately for Sharon, Ralph does not believe in expending energy in this way. He is a bit like a rebellious teenager who refuses to pay attention to his appearance. Ralph seems to have no interest in looking after his own coat. To make the situation worse, Ralph is not even happy to tolerate anyone else caring for his fur. If Sharon approaches him with a brush or a comb, he heads off in the other direction. And if she tries to forcibly restrain him so that she can tidy up his coat, he strongly resists. There is nothing easy about trying to groom an unwilling cat. Ralph wriggles, squirms, fidgets and struggles. If this is not enough to put Sharon off, he uses his sharp claws to push her away.

As a result of his attitude to grooming, Ralph is prone to developing mats in his coat. All long-haired animals are prone to matted fur, whether they are cats, dogs or guinea pigs. If a long coat is not teased out on a regular basis, it begins to clump together, and over a period of weeks or months, this can begin to cause a significant problem. The dense clumps of fur become closely attached to the skin, and can cause serious discomfort for the animal. As the fur mats, the roots of the hairs tighten, like the rigging on a sailing boat. When the animal twists and turns its body, the matted hair can pull on the underlying skin, causing stretching and pain. In addition, the skin in contact with the mat can become red and sore. Ralph is lucky: his owner knew about the importance of preventing matted fur. Sharon decided to take pre-emptive action before any serious matted hair developed. When Ralph was still at the early stage of having just a few tangles in his coat, she brought him to my clinic for a rapid make-over job.

A veterinary clinic is very different to a pet grooming parlour. We specialise in making animals function well, rather than creating a pretty appearance. It was obvious that Ralph’s long hair was going to be a liability over the summer months. The few tangles were going to clump together into mats, and the situation would get worse and worse. Additionally, the weather seems to be showing all the signs of bringing us a scorching summer this year. A long coat provides too much insulation for a cat in hot weather. After discussions with Sharon, the decision was made to use electric clippers to clip off all of Ralph’s long fur. Sedation was an essential part of this process. There was no way that a fully-conscious Ralph would allow anyone near him with those noisy buzzing clippers. I gave Ralph an injection of a drug which made him drift off into a pleasant state of drowsiness. He lay there, comfortably snoozing, as a veterinary nurse used a Number 10 blade to give him the cat equivalent of a crew-cut.

The long fur was clipped off from all of Ralph’s body, and only the short fur on his head, legs and tail were left untouched. By the time the nurse was finished, Ralph looked a little odd, but the potential discomfort of long, tangled hair had been completely removed. As he woke up from sedation, Ralph looked around bemusedly. Cats are not supposed to be aware of their own appearance, but if you had seen Ralph that day, you could easily have convinced yourself that he was feeling a sense of bafflement and mild irritation. It was as if he realised that these humans had finally got the better of him.

Ralph did not look great immediately after his hair cut. When fur is clipped very short, it is difficult to avoid the impression of an oven-ready chicken, but this was only for a very brief period. When I saw him recently for a check up, two weeks after his clipping, his appearance were much better. His fur has begun to grow in, and he now has half-an-inch of fuzzy fur all over his body. He is definitely going to be very comfortable during the warm summer months, and Sharon has successfully removed any possibility of Ralph suffering the discomfort of matted fur. 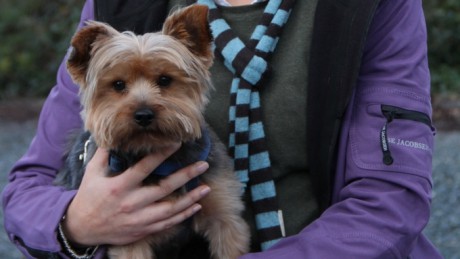 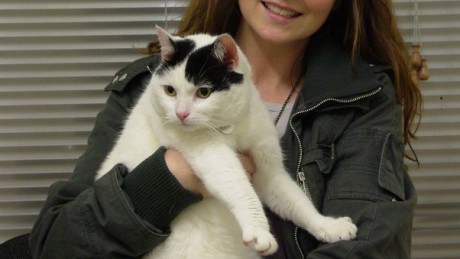 Lily, a four year old cat who came home from a short walk with a deep laceration on her back