Basil the hamster is a stray hamster who was found behind the fridge in a house that had never kept hamsters before.

The family managed to catch him before their cat, and they’ve been keeping him in a cage ever since. They asked around the neighbours, and they even put posters up in local shops but there’s been no sign of his original owner. His new family have fallen for him now, and wouldn’t want to give him up even if they did find the original owner.

If you have hamsters and don’t want to lose them make sure their cages are very secure and chew proof – it’s not just dogs and cats that end up as strays! 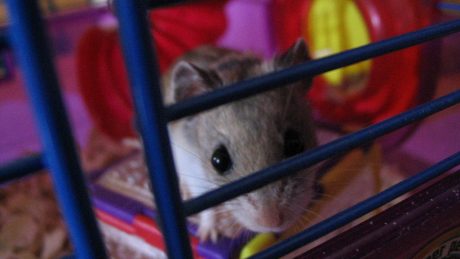 Did you know that in Chinese Hamsters, diabetes is so common that it’s recommended that they should all be fed special diets? | The Telegraph

This week’s radio interview: a call from a hamster owner in trouble | East Coast Radio