Johanne Leetch often walks her dogs Jan and Lizzy along the beach at Shankill. The animals enjoy rushing up and down the beach, to the water’s edge and back again, stopping from time to time to investigate what the tide has washed up. One day in early December, something very unusual came in on a wave: a baby seal.

Johanne wasn’t the first on the scene; local man Stephen Bailey had found the small creature at the foot of nearby cliffs, and he could see that it needed help.

Stephen didn’t have a mobile phone, nor did he know who to call. When Johanne walked by with her dogs, he asked her for assistance. Johanne was the right person to ask: she is a supporter of the Irish Seal Sanctuary, based in Garristown in north County Dublin. She knew how to contact their help line, and she knew the basic important facts about rescuing orphan seals.

The first thing to do was an immediate assessment of the washed-up animal. The small white seal pup gazed up at Johanne, his big brown eyes terrified and his body quivering with cold and fear. He was definitely too small and helpless to be able to manage on his own. Johanne scanned the horizon, looking for any signs of a mother seal in the water nearby, but there was nothing. The small creature had either been abandoned or had been separated from his mother by some type of accident.

She called the Irish Seal Sanctuary on her mobile phone, and they agreed to send out their animal ambulance immediately. The mission statement of the Seal Sanctuary is self-explanatory: “to provide shelter, treatment and rehabilitation for rescued marine wildlife found in difficulty around Ireland’s coast.”

Stephen stayed beside the seal until the sanctuary volunteers arrived. It was a cold afternoon, and Johanne acted as Stephen’s support crew, fetching hot coffee and warm clothing for him.

Two Seal Sanctuary volunteers arrived within a few hours, and they agreed that the young seal needed to be taken into care. He was christened Bailey, as a mark of thanks to Stephen. The volunteers gently lifted him into a large suitcase which was then used to carry him the considerable distance from the foot of the cliffs to their animal ambulance. He was driven directly to the Irish Seal Sanctuary in Garristown, where a detailed assessment was carried out.

Bailey was a Grey Seal pup. He still had his long creamy-white baby coat, which meant that he was only about three weeks old, and hadn’t even been weaned. He weighed only 14kg, not much more than the normal birth weight of Grey Seals, and around one third of the optimal weight for his age. Bailey’s mother must have been having difficulties giving her pup enough nutrition, or she may have been accidentally separated from him. Normally seal pups have accumulated large quantities of extra body fat by weaning time, and this provides the energy that they need while they go through the process of learning to find food for themselves. Bailey had almost no body fat, and if he had been left on the beach, he would have had no hope of survival.

At the Seal Sanctuary, he was immediately put onto a high quality nutritional programme. At first he was given a liquid diet of warm fish soup mixed with rehydration solution, fed by stomach tube. Over the following days, he was introduced to increasing quantities of whole fish. Within a week, he was happily gorging himself on whole herring, five times a day. The Seal Sanctuary has to buy in over a ton of frozen herring every month to feed its hungry charges. The seal pup was also given supplements of vitamins, and sodium tablets, creating a diet that would be similar to the nutrition of a seal in the wild.

He was kept in quarantine at first, while he was given treatment for parasites and monitored for signs of illness.

After a few weeks, when all was well, he was moved to a larger pool with other seals. The Seal Sanctuary cares for around twenty seals at any one time, and it’s busiest during the winter months, when Grey Seal pups are born. Emergency calls come in from all around Ireland’s coastline, and volunteers regularly travel as far afield as Donegal, Kerry and Wexford on rescue missions.

Some seal pups do not survive, because of illness or injuries, but most rescued pups recover well. Once they have gained enough weight, they are returned to the sea close to the place where they were found, and this is usually a public event.

Bailey was released on a cold rainy afternoon in Bray in late January. A seal release is an exciting occasion, and over a hundred people gathered to wish the seal pup well. A volunteer gave a short talk about the work of the Seal Sanctuary, and Bailey’s story was recounted to the crowd.

His plastic carrier box was opened and Bailey knew exactly what he wanted to do. After a quick survey of his surroundings, he headed straight for the water, wriggling and jumping as he made his way down the beach and into the surf. He was soon immersed beneath the surface, but he did raise his head a couple of times, looking back as if to say “thanks everyone”.

The Irish Seal Sanctuary has regular seal releases over the next few months. 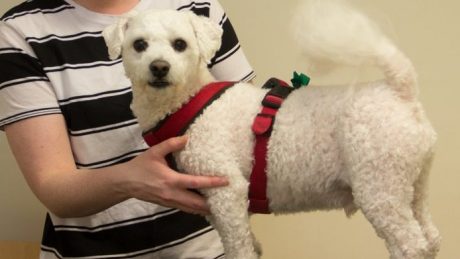 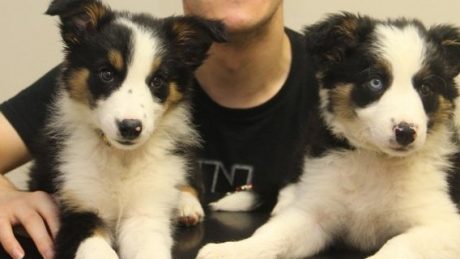 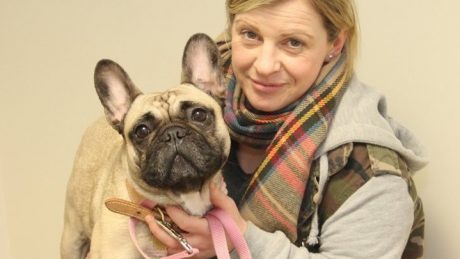