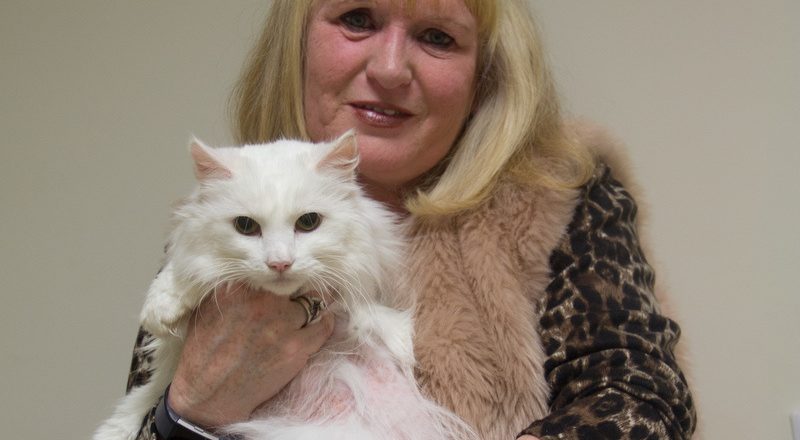 Eleven years ago, a friend of Cathy’s told her about two kittens that had been rescued: two sisters, one with a tail, and one with no tail (like a Manx cat). Cathy immediately felt sorry for the unfortunate kittens and she gave them both homes, naming the tail-less one Sophie and the other one Leah. They became much-loved pets, they both still live with Cathy, along with four other cats and four dogs.
Sophie has had a healthy life so far: her only problem, a few years ago, involved house training. Cats living in a multi-animal household do get confused sometimes, and Cathy eventually solved the problem of accidental urination by supplying extra litter trays. The simple rule of thumb is that there should be one litter tray per cat, plus one extra. So these days, Cathy has seven litter trays: one for each of her cats plus a spare one. This sounds like a lot of work, but it’s been very effective at ensuring that each cat has their own place to go, so it stops them from accidentally going on the carpet, or in people’s shoes, or anywhere else.

sophie’s fur was coming out in clumps

Sophie has long, fluffy, fur, and Cathy regularly brushes her to keep her coat healthy and shiny. Two weeks ago, Cathy noticed that Sophie’s fur was coming out in clumps. Big tufts of hair were falling out as Cathy brushed her, leaving bald areas of skin. This had never happened before.
At the same time, Cathy noticed that Sophie was losing weight. She had always maintained a steady body condition, but suddenly, it was easier to feel her ribs and her spine when she was stroked.
There was one other new problem: she started to have accidents around the house. This was different to the old litter tray problem: now she was having small episodes of diarrhoea that she seemed unable to control. She had suffered from loose droppings in the past, but just once in a while. Now this was happening nearly every day.

Despite these problems, Sophie continued to be in good form, as bright and active as ever, and with a healthy appetite. However Cathy realised that something must be serious amiss, so she brought Sophie in to see me.
When I examined Sophie, my first task was to weigh her. This confirmed that she had dropped from  4.9kg to 3.7kg: a weight loss of nearly 25%. This is like a twelve stone person dropping to nine stone, a definite marker that there was a serious illness going on.
I then examined her carefully all over, and other than having pale gums, there was not much to find: she seemed like a healthy older cat.
The next stage was to take blood and urine samples, to find out what was going on with her internal metabolism. I expected that she might have developed liver or kidney disease, which are both common in older cats. I processed the samples on the spot, in our in-clinic laboratory. To my surprise, all of the biochemical tests were normal: her liver, kidneys and other internal organs were functioning normally. I then looked at some other parameters to do with her blood cells, and that’s where an abnormality came up: she was mildly anaemic which explained her pale gums.
Anaemia means a lower than normal level of red blood cells, and there are many possible causes. One of the most common causes in older cats is one of two viruses, Feline Leukaemia Virus or Feline Immunodeficiency Virus, which can also cause vague signs such as Sophie was showing. These viruses seemed unlikely, as Sophie had always lived indoors, so she couldn’t easily pick up an infection. Still, it was important to rule them out: I carried out an instant in-house test and the good news was that she was negative for both.
So the question remained: what was the cause of her illness?
The only way to find out in complex cases like Sophie is to run more tests: I sent off extra blood samples to a specialised veterinary laboratory. They carried  out extra tests to find out more about her anaemia. The results showed that she had normal blood cells, so this ruled out certain types of bone marrow cancer. The focus now shifted to the possibility of a hidden source of internal bleeding (such as a small growth in the wall of the digestive tract, oozing tiny amounts of blood over a long period).
The next logical step of an investigation to find out what’s wrong with her is an ultrasound scan: this will allow us to search her abdomen for the type of  thimble-sized growths that could be stopping her digestive system from functioning normally.
An appointment for the scan has been set up for next week. In the mean time, Sophie has been given general treatment, including a course of antibiotics and a broad spectrum worm dose.
It isn’t easy when an older cat falls ill: Cathy is worried, she doesn’t want to put Sophie through endless tests that cause her any discomfort, but at the same time, she wants to the very best for this adorable creature who she has loved since kittenhood.
We hope to confirm a precise diagnosis before Christmas, and meanwhile, Cathy is treating Sophie to her favourite foods. After all, just because she’s unwell just now, that doesn’t mean that life shouldn’t be as enjoyable as it can possibly be for this adored cat. 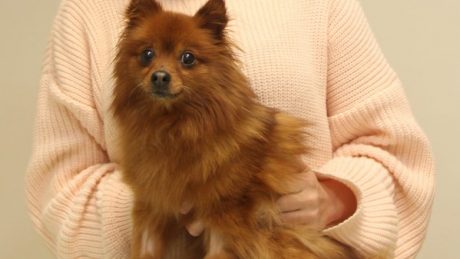 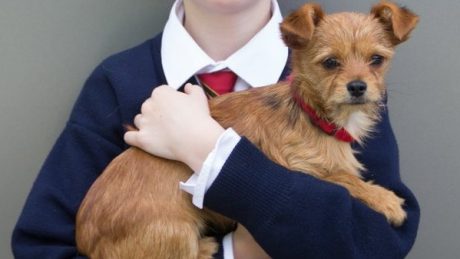 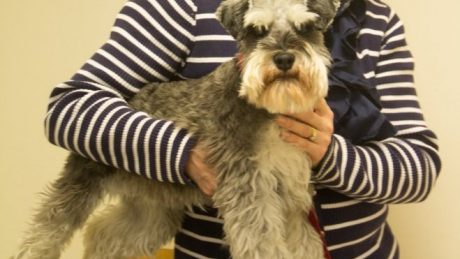