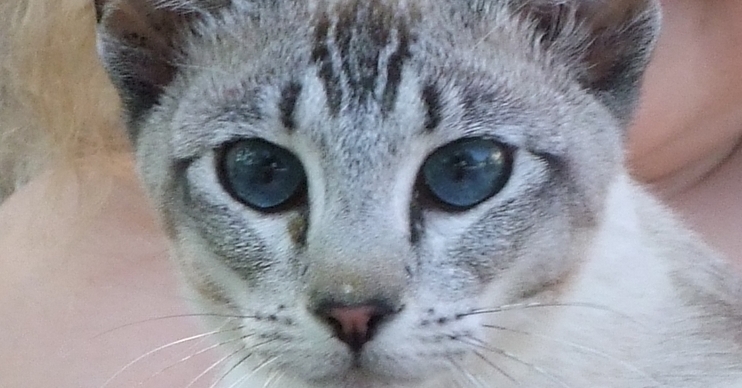 Tabitha and her brother Calvin are young Tonkinese cats who are pets for young Maia. She has had them since they were kittens. Maia holds the cats gently, hugging them like many children hug soft toys. They enjoy her attention, coming up to her and asking to be picked up. She chatters away to them, and they reply to her in the screechy Siamese-type of miaow. Maia’s parents are always close by, making sure that she isn’t accidentally rough with the cats, but they’ve never had to intervene.

Like most Irish cats, Tabitha and Calvin have the freedom to come and go as they please between the house and the garden. Sometimes a window’s left open for them, and other times they sit at the back door, waiting to be allowed in or out. They often go out overnight, and Maia finds them at the back door in the morning, asking to be let in for some breakfast.

One morning, Tabitha was outside as usual, waiting to be let in, but it was obvious that there was something wrong with her. She trembled all over, she was moving slowly and stiffly, and she looked badly shaken, as if she’d had a nasty fright. When she came into the kitchen, she just sat still in the corner. She didn’t want to play with Maia, she didn’t want any food, and she was unusually quiet. Normally Tabitha miaows loudly, but on this occasion, she was completely silent.

At first everyone thought that she’d been in a fight, perhaps picked on by a neighbourhood bully cat, but she had no scratches or bite-marks. She had strange dribbling of frothy saliva around her mouth, and her bib, down the front of her chest, was wet. There was definitely something bizarre going on, so Maia’s mum decided to bring her to the vet.

When I examined her, she was very unsteady on her feet, and was still trembling all over. There were two clues as to what might have happened. Her left front paw was soaked, as if she’d been licking it a lot, and when I opened her jaws to look at her tongue and teeth, I could see a red, sore-looking area on the roof of her mouth. It seemed as if Tabitha had stood in something unpleasant, and she’d tried to clean her foot by licking it. In the process, she’d swallowed some of the unpleasant stuff, and this was now causing signs of poisoning, as well as the irritated area in her mouth.

There’s a long list of possible substances that she could have stood in: weedkillers, pesticides, floor cleaner, discarded fuel or one of many other liquids that are found in garages, sheds and back yards. Cats are curious creatures, and it’s common for them to get into trouble by going into places where they aren’t invited.

There’s no antidote for most poisons. Treatment involves general supportive treatment, giving drugs to keep the animal comfortable and healthy. Tabitha was given intra-venous valium to calm the jittery trembling, and she was put onto an intravenous drip to flush out any poison from her system. She slept all day in a warm kennel, and by the evening, she was much brighter. Maia came into collect her at 7pm. As soon as Tabitha saw her small friend, she let out a loud miaow of greeting. She was fully normal by the following morning, tucking into her breakfast and going up to Maia looking for hugs. Tabitha has definitely used up one of her nine lives. 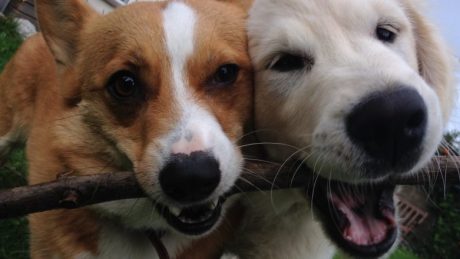 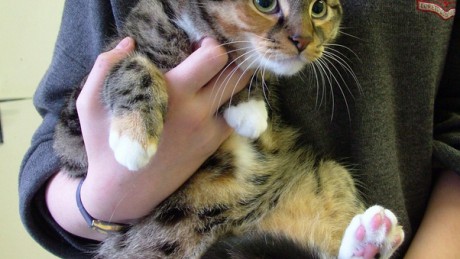 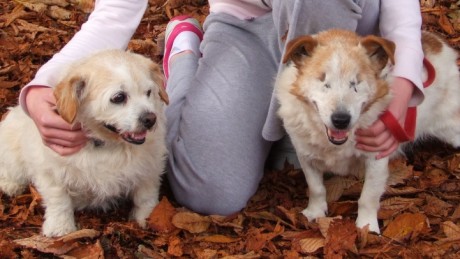