Home / Articles / Pete in the Media / Pat Kenny Show / The latest stray dog statistics for Ireland: good but could be better. Pete the Vet Podcast from Pat Kenny Show on Newstalk

The latest stray dog statistics for Ireland: good but could be better. Pete the Vet Podcast from Pat Kenny Show on Newstalk

Every year, the Irish dog pound system compiles statistics about stray dogs, and the figures for 2017 have just been published.

To hear the podcast, see foot of page.

Statistics released by the Department of Rural and Community Development last Friday reveal that 916* dogs were destroyed in Irish pounds in 2017, which is a 40% decrease on 2016. There were also 80 greyhounds euthanased (the figures are recorded separately) bringing the total to 996 dogs. This is the first time the annual destruction rate has been less than 1000. In 2004, the annual figure was 16500, in 1991 the figure was around 30000, so this new figure represents a massive drop over the past 27 years.
This progress represents the outcome of a coordinated joint effort between animal rescue groups, local authority staff, vets and other groups. A National Stray Dog Forum, back in the early 2000’s, set a goal for this to happen, so it is great news that the goal has been attained.
There are many factors that have led to this, including:

A) Dogs are being passed from pounds to dog rescue groups who rehome them in Ireland, the UK and elsewhere overseas
B) Vocal pro-neuter and spay campaigns have been held (Spayaware.ie) to highlight the health and population benefits of having the operations done on animals when young
C) Dog pounds have become wary of being highlighted because of high destruction rates and have modified their strategy to focus on trying to rehome rather than euthanase
D) The general tone of the country has become more dog-friendly compared to 20 years ago

2) Stubbornly high levels of dogs are still going into pounds

The latest statistics also revealed that 11,559 dogs entered Irish Pounds during 2017; this represents an 8% reduction on the 2016 figures and it is down from over 25000 entering the pounds in 2004, and over 35000 in 1991. While this is a welcome improvement, there are still a high number of stray and surrendered dogs in Ireland.
Charities like Dogs Trust believe in a “prevention is better than cure” approach. Greater emphasis needs to be placed on ascertaining why these dogs are entering the pound system in the first place and setting a clear strategy for reducing this number. A primary focus of the charity is educating the public about responsible dog ownership and safety around dogs through its free Education programme and ‘Be Dog Smart’ campaign, as well as other preventative measures such as subsidised neutering and microchipping campaigns. The aim of these initiatives is to ensure that the number of dogs entering Irish pounds continues to decrease.
Vets and animal welfare groups are currently trying to analyse why exactly so many dogs are entering the pounds, to see if targeted efforts can be made to further reduce the number of dogs entering pounds.

The number of surrendered dogs remains alarmingly high. In 2017, 3,135 dogs were relinquished by their owners to Irish dog pounds. This highlights the worrying issue Ireland is still facing with people taking on the responsibility of owning a dog without thinking about the long term commitment it entails. The message needs to be sent out again and again: don’t get a dog if you are not sure about it; it is a lifetime of responsibility, with high ongoing time and money costs.

To hear the answers to these questions, click on the link below 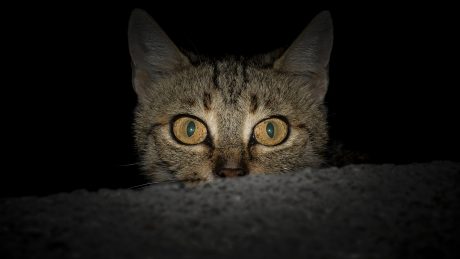 Can cats and kittens be a life threatening risk? And should they be allowed outdoors? | Pat Kenny Show 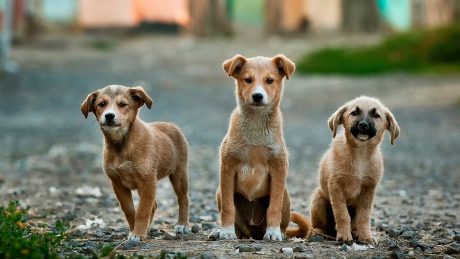