Tips, a 15 year old cat who developed a problem known as “mega-oesophagus” 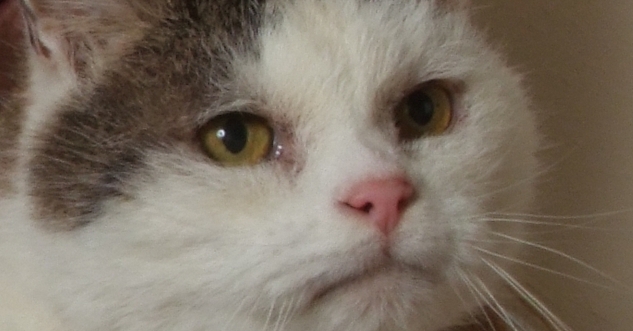 Lisa had been away from home travelling overseas. When she returned, she noticed that Tips’ breathing seemed different. He was struggling to catch his breath, he made a hoarse noise when he breathed, and he coughed occasionally.

At first she presumed this was a cold or due to old age, but it gradually got worse and his breathing became rougher, as if he was constantly snoring. He had also become needier than his usual self. He’d always been prone to attention-seeking, but he’d become even more demanding, jumping onto people, or attempting to climb up their legs for a hug if they stood anywhere close to him.

Lisa brought him to my clinic for a check up, and initially, he was given a course of antibiotics, to rule out the possibility that he’d just picked up a chest infection. He didn’t improve on this treatment, and further investigations were needed to look into his problem in more detail. Blood samples were taken and when they didn’t show up any abnormalities, he was booked in for x-rays.

The x-ray pictures confirmed that Tips had an unusual problem known as “mega-oesophagus”. The oesophagus – or gullet – is the tube that carries food from the mouth down to the stomach, through the chest. It’s normally a narrow tube, with a strong muscular lining that pushes food along like a cylindrical conveyor belt.  In mega-oesophagus, the muscle loses its tone, becoming soft and floppy, and no longer contracting properly. The oesophagus becomes more like a floppy, relaxed shopping bag than a narrow, active living hosepipe. For Tips, this meant that when he ate, the food wasn’t moved properly into his stomach from his mouth. Instead, his food was pooling in his chest, inside the enlarged oesophagus, and it was interfering with his breathing. Regurgitation of meals is another classical sign of most cases of megaoesophagus, and although Tips does this occasionally, it hasn’t been very obvious.

The cause of megaoesophagus is often never established; it’s just something that seems to happen. The muscles of the oesophagus become floppy and inactive for an unknown reason. It can’t be cured, but there are ways of working around the problem. There are three simple actions that can help a lot, and these were all put in place for Tips.

Lisa is surprised how rapidly Tips has adapted to his new lifestyle. He seems quite contented, either sleeping on his chair at the kitchen table or cuddling up to his owners, as if nothing had changed. The signs of illness have significantly lessened. The roughness of his breathing has reduced, and he rarely coughs now.

He’s still an older cat, and he won’t go on for ever, but the problem of his enlarged oesophagus isn’t bothering him at all at the moment. 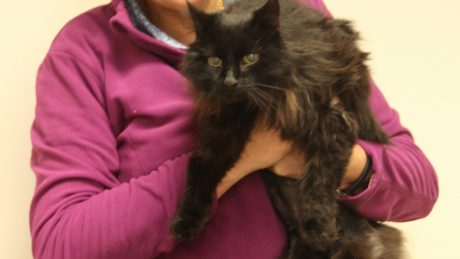 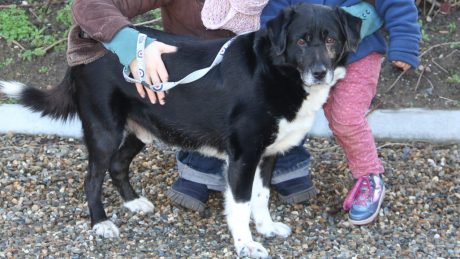 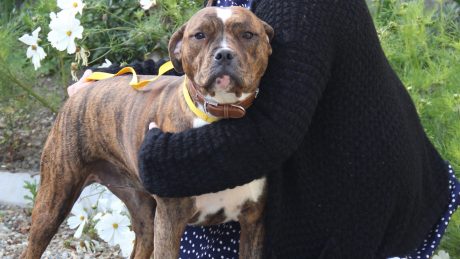 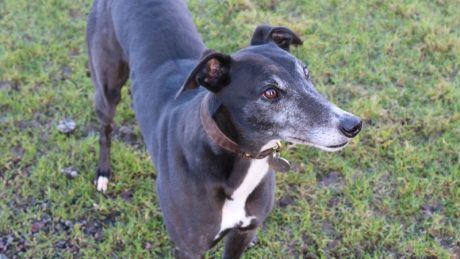