Home / Articles / Pets & Other Animals / Wildlife / Do foxes present a risk to pets? Plus a report on a shocking rescue case from Co Offaly

Do foxes present a risk to pets? Plus a report on a shocking rescue case from Co Offaly

Some people feel sorry for foxes and encourage them into their garden, feeding them with dog food, and enjoying watching them. I know someone who has a family of fox cubs regularly visiting.

There’s nothing wrong with this but it’s important to be aware of the potential risks to pets. There was a recent report in the newspapers of dogs being killed by foxes in Ireland.

How dangerous are foxes?

It is exceptionally rare for dogs to be killed by foxes – in fact, I have never heard of this before, and I would like to know more about the precise details of the situation before passing judgement. It is true that foxes can get very hungry, especially now that many of us have wheelie bins that they cannot raid. But a fox would not be powerful enough to prey upon a typical adult dog in full health. It is possible that weak or ill dogs, or very elderly or very young dogs might not be able to stand up for themselves, but this is rare.And it is the same with cats – I have never heard of adult cats being taken by foxes, whereas there are occasional incidents of kittens and elderly cats being taken.

If foxes frequent a garden, the greater risk to pets is the possibility of parasites being passed on from foxes.

Nobody ever gives foxes worming medication or shampoos/drops for fleas or other skin parasites, and they are the same parasites that can affect pet dogs. So if there are foxes regularly in your garden, it makes sense to take care to treat your pet regularly to protect them.

Specifically, you should worm your dog as often as once a month (e.g. using a wormer like Milbemax which includes lungworm). And you should give your dog a once monthly spot on product that includes fleas as well as some effect against Sarcoptic mange.

A good answer would be to use a double-effect spot-on product like Advocate that includes coverage against lungworm AND external parasites including mange. There are also in-feed wormers that could be left out for foxes and if a fox has visible mange, people should talk to their vets about possible ways of treating them.

The main points to remember:

At the end of the piece this week, I discuss a real life situation where dogs suffered from serious mange.

A rescue in Co.Offaly got a call from people driving on a rural road near a wood, who had come across a number of dogs in a dreadful state on the road.

The rescue centre sent some volunteers up & with the people scoured the local woods for the dogs .They found 4 lurchers & 2 collie x types. Two of the dogs are literally encrusted over the bodies from infection. They are all half starved and emaciated. The lurchers are around 1year/18months.

The pain & suffering these poor dogs have endured, most likely since pups is horrific. Their road to recovery will be a long one, but barring anything untoward, they will recover now that they are in safe hands. These unfortunate dogs were rescued by Tipp Off Animal Rescue

The dogs have severe mange that has clearly never been treated, and they are also underweight – from under feeding and probably also worms. If you want to help them, contact Tipp Off Animal Rescue. 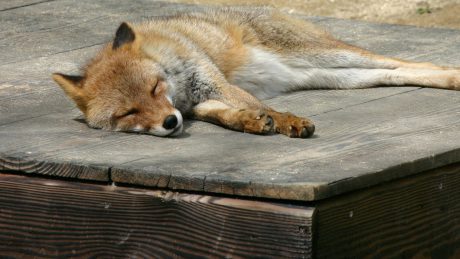 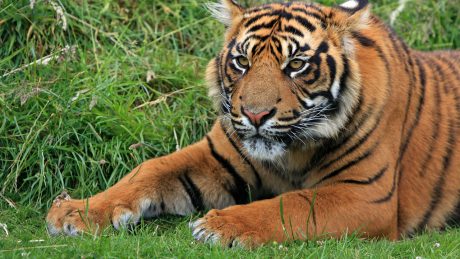 95% of the world’s tigers have disappeared in the past century: what can be done? Watch this video | TV3

Video: an elephant escapes from the circus in a Cork city suburb