Home / Articles / News / Why do people do triathlons? Plus a race report from the Two Provinces Triathlon

Why do people do triathlons? Plus a race report from the Two Provinces Triathlon

​​​The triathlon season is well underway: every weekend, there are triathlons taking place in towns and villages across Ireland and these will continue until the end of September. There are events to suit every level of experience and fitness. Read on if you want to know more about them and if you want to know why I do them, skip to the last paragraph.

How do you decide what type of triathlon to do?

It’s up to the individual to decide which flavour of triathlon they prefer. The obvious choice is to start short, and gradually try the longer ones, until you discover which distance suits your individual anatomy/physiology/training routine. Everyone is different in this way.
I’ve done sprints, standard and middle distance races: and next month I’ll be representing Ireland in my age group category of the Standard distance at the World Triathlon Championships in Switzerland.

What sort of triathlon goals are used to motivate people?

Again, this is different for everyone. Most people start with the simple goal of completing an event, and if they enjoy it, they go again, aiming to do that little better. And as time passes, the type of goal that each of us needs to keep us motivated changes.

For myself, I’ve been focussing on the BMW Triathlon National Series, which is Ireland’s own internal competition, ranking all triathletes against other competitors in their own age group. You need to enter designated races (cleverly labelled as “NS” meaning National Series), and the points from your best 4 races are totted up to give you a grand total at the end of the season.
I find that goals help me to focus on my training: last year I aimed to be in the top ten (I was 11th in the end) and this year, the top five is my over-ambitious aspiration (I’m currently 6th).

One of the great things about triathlons us that everyone can choose a goal that suits them: from just completing your first race right through to trying to win your age group.

My most recent race was 2 weeks ago: it’s my favourite annual event, the Two Provinces Triathlon in Lanesboro, Co Longford. The race went unusually well for me, and I managed to scrape in at 2nd in my age group, a so-called podium place (i.e. in the top three). It’s rare for me to do so well: the best triathletes put in such a serious time commitment and intense focus that I usually find it impossible to keep up with the best swimmers/ bikers/ runners. So it’s a very pleasant surprise when I do better than I’d expect.
There are always reasons on the day for doing badly or well. How has training been going in the previous weeks? Any injuries? How much sleep have I been getting? What personal or work stresses have I been under? Then at the race, did I have any mishaps? From going askew in the swim (rather than following the shortest line between bouys), to slipping on mud in transition to mechanical failure in the bike to forgetting where precisely the bike was racked, there’s a long list of potential pitfalls that can slow your time down.

The road trip to the race

Triathlons are social events, and I love sharing a ride to the race: for this race, my Spanish friend Rodolfo was the driver, and we had a pleasant couple of hours of banter as we headed across Ireland from County Wicklow to County Longford. There’s something about road trips which is an antidote to the usual madness of busy lives: you are both sitting there, travelling together, and it’s an easy time for chat and laughter.

Local triathlon clubs across Ireland are a tremendous resource for anyone wanting to start to do triathlons. The Wicklow Triathlon Club is a great example: you can see from the photo at the top of this page how many of us went to Lanesboro. Everyone encourages each other, and there’s a great buzz, with our club colours marking us out as team members. This social side really is one of the most enjoyable parts of a triathlete’s life.

The swim at Lanesboro is in a shallow freshwater lake, so it’s always warmer than the open sea races. You still need to wear a wetsuit, but there’s less of a shock to the system when you leap in at the start.
As usual, you need to swim around a couple of buoys, following a 750m course. This year, there was a rumour going around at the start of the race that there was a strong current pushing swimmers to the left, so most people swam in a diagonal line, to take account of this. I wasn’t so clever at picking up on this idea, and I just swam straight for the buoy. As it happened, the rumour turned out to be untrue: there was minimal current, so my line of swimming turned out to be faster than the crowd. This meant that I finished the swim at the same time as a number of stronger swimmers, which gave me an early bonus on the day.

The 20km cycle at Lanesboro is simple: out and back along a country road that’s closed to traffic. It’s gently undulating, with no steep hills, so it’s the perfect racing route. Just enough of an incline to slow down those who havent bought shiny lightweight bikes and helmets!

Transitions – where you change from wetsuit to bike gear (T1) and then from bike gear to running shoes (T2) – are a challenge in themselves. I used to take my time, treating them as a recovery period between the main activitites. I was soon put right: you have to do these as rapidly as possible, and if you can go a couple of minutes faster in transition, your race time can be transformed from mediocre to nearer-to-the-front-of-the-pack.

I’m prone to unexpected complications in transition: finding that I can’t reach the zip at the back of the wetsuit, struggling to click in the catch on my helmet, being sluggish at getting my running shoes laced up properly, that sort of minor mishap. But at Lanesboro, it all went smoothly for me, and that’s probably the main reason why my race time was better. It felt more like fluke than planned success, but I’m happy to take it anyway.

The 5km run at Lanesboro starts out along a woodland path beside the lake, heading uphill towards a road, where it becomes an out-and-back course. It always takes a while to adjust to running after biking: your legs feel wobbly. I was given extra impetus by my coach Eamonn Tilley shouting at me at the start of the run: “There are two in your age group a bit ahead of you: MOVE IT -THE RACE IS ON!” So with his words ringing in my ears I rationalised that it was only around twenty minutes of suffering, and put everything into it.

I’m not good at running steadily and fast, but if you give me a target, I can run fast up to it, before slowing down again (Eamonn calls this “lighting matches”, because my running flares up and then dims down). So in Lanesboro, I was able to run fast to catch up with each of the lads ahead of me, and I had to steel myself not to slow down after doing that. The second lad refused to let me pass him at first: he stayed at my shoulder for a good twenty seconds, and I was beginning to doubt my ability to stay ahead. But at this stage, I told myself “only ten minutes to go”, and I managed to keep going. I continued to glance over my shoulder for the rest of the race, though: anyone can get second wind, and it’d be annoying to be passed out after going through all that pain to get ahead.

I’m probably my happiest ever in life as I cross that finishing line: the pain can now stop, and I can relax till the next event. At Lanesboro, there’s a particularly friendly local team of organisers, so I found myself having my ankle chip taken off, a finisher’s medal being placed around my neck, and a banana and bottle of water being handed to me, without having to do anything at all. It was a pleasant end to a tough day.

Coach Eamonn insisted that I went back to the lake, immersing myself up to my waist: it’s a good way of cooling down overheated muscles, which helps to prevent injuries. After that, it was into the food tent, where the Lanesboro organisers had an offering of a range of tasty protein-rich meals for us all to tuck into.

These days, with electronic timing chips, the results of triathlons are posted online almost immediately. I was delighted to discover that I had managed to reach second place for my age group which meant that yes, I was able to stand on that podium to receive my small but very significant trophy. The guy who won had finished a couple of minutes ahead of me: no amount of running as fast as my little legs could carry me would have caught him. I need to get much faster at swimming and cycling to beat the likes of him, and I’m not sure that I have that in me.

After that, it was farewell to the Wicklow Triathlon Club team, and a two hour trip with Rodolfo back home. All in all, a good day out.

So what’s it all about? Why do I do triathlons?

For me, this means that I have always been aware of looking out for signs of angst and unhappiness, and trying to nip them in the bud. How can you do that? I guess it’s different for everyone, but in my case, exercise is the key. When I am swimming, running and cycling, it’s as if those jagged, uncomfortable stressy mental feelings dissipate, perhaps being dislodged by the jagged, uncomfortable physical sensations of the exercise?

Oh, and when you exercise every day, as you have to when training for triathlons, you get to eat lots of food without getting fat. And for a Ben and Jerry’s lover like myself, that’s a great extra bonus. Ice cream addiction? That’s something that I inherited from my father. 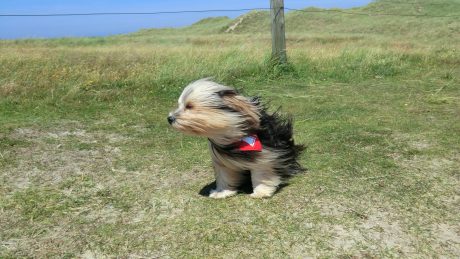 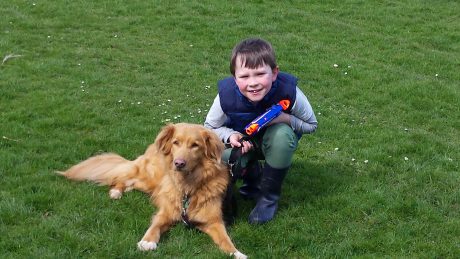 The 2015 Pet Report: UK pet ownership shows that pets are more appreciated than ever before