Home / Articles / News / A podcast about cats, including the perennial issue of harvest mites causing a skin rash

A podcast about cats, including the perennial issue of harvest mites causing a skin rash

My weekly podcast talks more about important facts about cats – listen by following the link below.

We also discuss the common issue of harvest mites.

Harvest mites are seasonal parasites, coming out in the late summer and early autumn. Adult harvest mites are  harmless – it’s the young mites- the larvae – which cause problems. The larvae hatch out in fields and meadows in the late summer, attaching themselves to the underside of any passing mammals. They feed on the skin of their hosts for several days, using saliva to digest the outer layers of the skin.

The most common site of attachment is the underside of the feet where the skin is thin, sensitive and easily irritated. Affected animals (dogs and cats) start to lick and chew their feet. Some animals even develop lameness as a result. The mites can also  feed on other parts of the body, causing a rash to appear on the body and the sides of the head in front of the ears, especially in cats.

When affected animals are examined, the orange, pinhead-sized mites can sometimes be seen with the naked eye, clustered together like red dust between the toes. A microscope is needed to see them clearly.

If your pet suffers from these, it’s best to talk to your vet to get the most rapid, effective treatment. 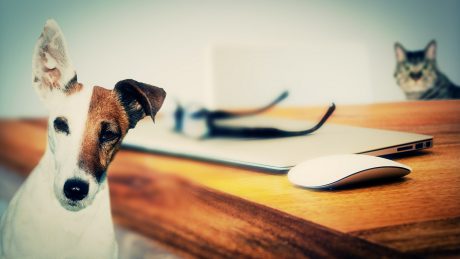 If you care about your pet, take out pet insurance