Home / Articles / Pete in the Media / TV3 / Acupuncture in animals: Pete the Vet and Kiko on Ireland AM

Acupuncture in animals: Pete the Vet and Kiko on Ireland AM

To watch the video of Pete with this dog Kiko on Ireland AM, follow the link at the foot of this page.

Acupuncture is just one of many treatments that are given under the broad umbrella of “Chinese Traditional Medicine”. There are elaborate theories about the flow of energy down channels in the body (so-called “Qi” pronounced “Chee”). The insertion of a needle during acupuncture is meant to adjust the way that this energy flows. Traditional Chinese practitioners believe that this can be used to treat a wide range of medical issues.
Formerly, acupuncture was classified as an “alternative” therapy, alongside homoeopathy, Reiki and other unproven but popular types of treatments. More recently, research has proven that there are measurable, proven benefits from acupuncture, in certain specific conditions. At the same time, a modern scientific understanding of how acupuncture works has been developed.
The theory is that the fine needles stimulate specific nerve endings, creating feedback to the central nervous system via the nerves, which influences the way that the body deals with pain. Acupuncture has now become widely accepted as a legitimate scientific way of treating animals, with university lecturers in pain relief including it on the list of recommended methods for pain relief in certain situations.
Before acupuncture is carried out, a detailed examination of the animal by the vet is still important, making a diagnosis as to what is wrong.
Often there are a range of possible treatments, including conventional medicines, and for some animals, acupuncture is one of the options.
Generally, a selection of needles- somewhere between six and sixteen – are pushed through the skin at carefully chosen locations, depending on the site and severity of the painful area.
The needles are left in place for around fifteen minutes before being removed.
The treatment needs to be repeated: usually, it’s given once a week for a month, then once every few weeks, then once a month: the precise timing of sessions depends on the individual animal. Perhaps surprisingly, most animals don’t mind the needles being inserted: they are so fine that there is minimal pain sensation.

In Ireland, only vets are allowed to give treatment to animals, so if you want acupuncture for your pet, you need to seek out a vet with a particular interest and training in doing this.

I myself did a course titled “A practical, modern approach to the use of acupuncture in animals” – over a series of weekends. I did not learn the detailed theory of Chinese medicine, but instead just where to stick needles to gain most impact for the most common problems, such as arthritis of the hips, knees etc.

I don’t currently do much acupuncture and would instead prefer to refer cases to other vets who have chosen to make it a bigger part of their normal daily work.

To watch the video segment, follow the link below.

Pete the Vet on Ireland AM discussing acupuncture in pets 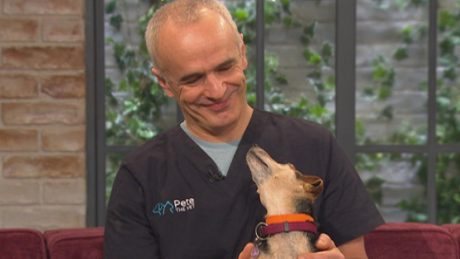 Advice on feeding pets over Christmas: Pete the Vet on Ireland AM | TV3 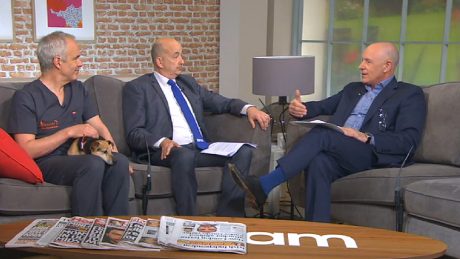 Education about animals can prevent cruelty and will help our society at the same time: discussion on Ireland AM | TV3 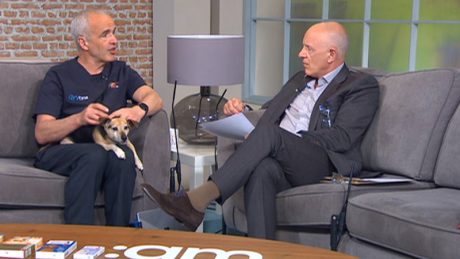 Lungworm: the new dangerous dog parasite in Ireland. Pete the Vet on TV3’s Ireland AM | TV3