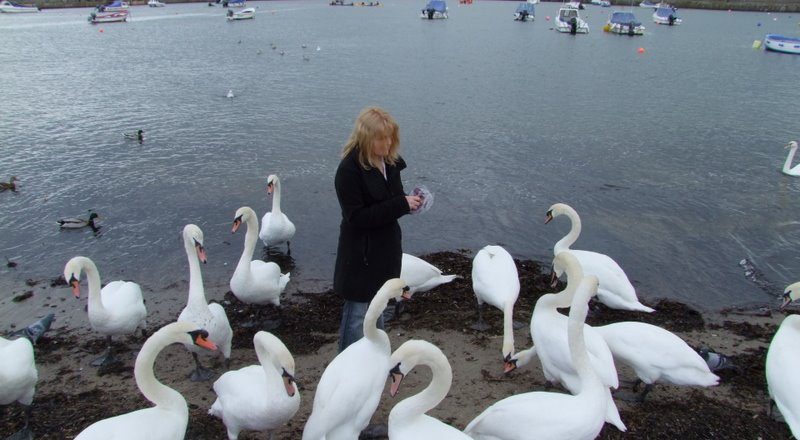 Harriet Ledwidge from Bray, Co Wicklow has recently helped to establish the Bray Swan Sanctuary Volunteer Group to look after the swans in the harbour in my home town of Bray. Swans occupy an unusual niche. They are wild animals, but they are often dependent on humans, and they are not afraid to come close to people who may have food for them. In parks and waterways across the country, feeding the swans is a popular pastime for many people, from children to old age pensioners. 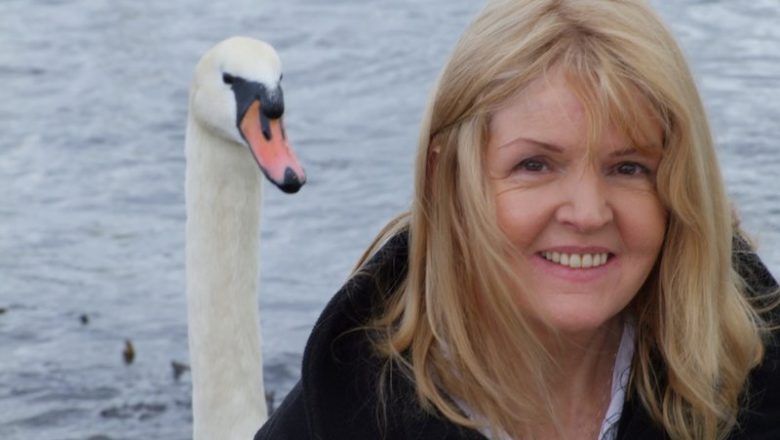 Everyone knows that swans can be dangerous. There are stories about swans breaking human legs if they feel threatened. This reputation means that swans are generally left well alone by people with bad intentions. However last week there was a dreadful incident in a park in Coolock where some young thugs allegedly fed a swan bread containing a lit firework. When the firework exploded, the swan’s lower beak was blown off, and the poor bird had to be euthanased by the DSPCA. This appalling act of cruelty highlights the need for action in two areas. Firstly, Ireland’s cultural attitude to animals needs to be improved so that this type of cruelty becomes unthinkable. And secondly, steps need to be taken to specifically make sure that Ireland’s swans are looked after properly.

How do you change a country’s cultural attitude to animals? This is a long term project, and it involves legislation as well as education. On the legal front, a new animal welfare act is currently being drawn up by the Irish government. This should make it easier for individuals like the swan assailants to be apprehended and prosecuted. Many animal welfare groups are working together to try to ensure that this new act contains the best of modern international practice on animal protection legislation. To find out more, visit the website of Animals In Need of a Voice in Legislation, at www.anvilireland.ie.

Education is the second way that the culture is changed. World Animal Week, which takes place this week, plays a strong role in this process. This is held every year in early October, around the birthday of St Francis of Assisi, the patron saint of animals, which is today, 4th October.

The World Animal Week publicity campaign is supported nationally by vets and animal welfare groups “Blessings of the Animals” have become a traditional part of the week, with pets gathering outside local churches to take part in ecumenical thanksgiving events.

For vets, visits to local schools are an important part of World Animal Week. Children are the grown-ups of the future, and they are still forming their attitudes to everything around them. If they can be persuaded that animals are valuable, sensitive, living creatures that deserve to be cherished, it is more likely that the Ireland of tomorrow will be more “animal friendly” than it is today.

What about taking specific steps to ensure that Ireland’s swans are properly looked after? This is where Harriet’s plans for a swan sanctuary are important.

The Mute Swan (to use its full name) is one of the largest and heaviest flying birds in the world. It has a scattered distribution in temperate regions of Europe and Asia, and is resident in Ireland throughout the year. Swans are found throughout the country in lowland areas with lakes, ponds, slow-moving rivers, canals, coastal lagoons and other wetland habitats. The Irish population is estimated to be about 21,000 birds.

Although swans are a regular feature of many public parks and places, they are generally just left to get on with their own lives. Harriet had been observing the swans in Bray Harbour for many years, and she knew that they could do with some extra help.

Until the new Bray sewage treatment plant was constructed in the mid-1990s, Bray Harbour was too polluted for swans, but since then, numbers have built up steadily, from around 24 birds in 1996 to up to 160 now.
Harriet could see that whilst the Bray Swans were surviving, their lives could be easily improved by taking some simple measures. After talking to a few people, she set up the Bray Swan Sanctuary volunteer group, with the aim of establishing an official swan sanctuary in Bray Harbour.

The group had its first meeting six months ago, and has been busy fund-raising and drawing up a plan of action. Aims include the setting up of notice boards containing information about the swans, descriptions of suitable and contact numbers for assistance with sick or injured swans. There are also plans for a feeding station, where specific “swan food” will be sold to the public, and the provision of litter bins and some landscaping to make sure that the harbour environment is as pleasant as possible for swans and people.

Longer term, the provision of a manmade grassy island in the harbour, to give the birds somewhere safe to rest has been discussed. Harriet has been pleased with the support that she has received from other groups and from local government in Bray, and she feels that perhaps in other parts of Ireland, other local people might be inspired to carry out for their own swans. St Francis of Assisi would definitely approve.

The next meeting of the Bray Swan Sanctuary Volunteer Group is at Bray Sailing Club on 15th October at 7.30pm.

Tips for feeding swans
+ Brown or wholemeal bread rather than highly refined white bread
+ Green vegetables, such as the outer leaves of cabbages
+ Wheat or barley grain
+ Very stale bread should be thrown into the water so that it is softened.
+ Avoid giving mouldy bread which could be poisonous

Protecting the swans from hazards
1. Dogs. Unfortunately, some large dogs are allowed to chase the swans and occasionally birds are injured. Visitors are requested to keep their dogs under control.
2. Litter. Drinks cans, broken bottles, etc. are sometimes discarded on the harbour beach, or washed up by the tides, and these can be hazardous to the swans and other birds. Any such items should be removed and disposed of safely. 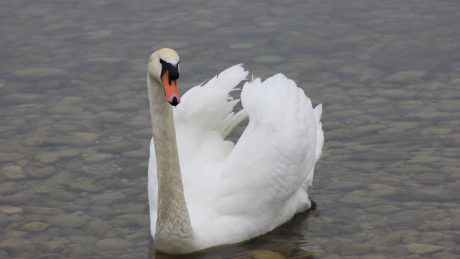 Cruelty to swans in Ireland 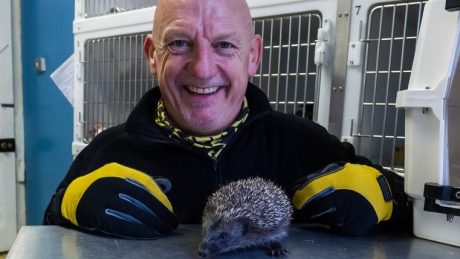 Telegraph vet blog: how to stop Benton chasing the deer in Richmond Park | The Telegraph