Sniffer dogs have been used by the Irish Customs service since 1984. There are now about twenty dogs around the country, at ports and other centres. The dogs are an important part of the battle against illegal imports of drugs, explosives, tobacco and cash.

Geraldine joined the Customs Service ten years ago as an Enforcement Officer. She found herself working alongside a sniffer dog team: she had grown up with dogs, and she was fascinated to see the dog in action. When there was an internal competition for a new dog handler position, she applied and was successful. She was issued with her first dog, Alfie, after two months training: he was a fully trained sniffer dog, so the two of them became an instant working team.

Alfie was a drugs detector dog  who had been trained to sniff out Class A drugs — herbal and resin cannabis, heroin, cocaine and amphetamines. He was involved in many big seizures throughout his working career, with his final one of €1.2 million worth of Herbal Cannabis only a  few weeks prior to his retirement. He was nine years old when he retired: he still had a good sniffing nose but he was beginning to slow down. He now lives as a pet at home.

Defor is a “dual scent” dog

Geraldine’s new dog, Defor, an 18 month old English Springer Spaniel arrived at the beginning of October. They had two weeks training together, and then they were ready to go. Defor had already been trained by a private dog training company in the UK. He a “dual scent” dog: as well as sniffing out drugs, Defor can pick out cash of a value of greater than €10000. He can smell the special ink on bank notes. When he finds drugs or cash, he sits and stares at the source of the scent.  He doesn’t react to smaller amounts of cash, so people don’t need to worry about their wallets when walking by a sniffer dog at Customs.

When a ferry arrives at Rosslare, selected cars are directed to the examination hall, where the searches take place. Defor sniffs around the vehicle, then is allowed inside it, sniffing everywhere. A support team of human Customs Officers stands by, ready to move in if he finds something.

Container traffic arrives at Rosslare via the freight yard: a number of selected containers are checked. The door of the container is opened, and Defore and the other dogs rush in, running around sniffing.

As well as doing the operational work, Geraldine has to spend several hours a day continuing to train Defor, to keep him motivated. His reward for finding illicit substances is the chance to play with a tennis ball. This is the ultimate reward for him:  he never gets a chance to play with one unless he has successfully sniffed out a target.

Geraldine has small samples of the scents that the Defor detects. She deliberately hides the contraband in vehicles and buildings, then sets Defor off. When he finds the hidden items, she rewards him.by allowing him to play with his tennis ball.  Every year, a formal assessment of the two of them is carried out by a professional dog trainer, to ensure that both Geralidine and Defor keep up high levels of performance.

Defor is rarely wrong – if he sits and starts at something, it’s nearly always because he’s found drugs or cash.

Defor does not spend all his time at the port: he’s also part of the Customs Service PR team, visiting schools, doing  exhibitions at ploughing championships and other similar events.

And of course, dogs get same holidays as humans. When Geraldine goes on holiday, Defor goes on holiday too, enjoying his time at boarding kennels, with plenty of exercise and ball chasing. 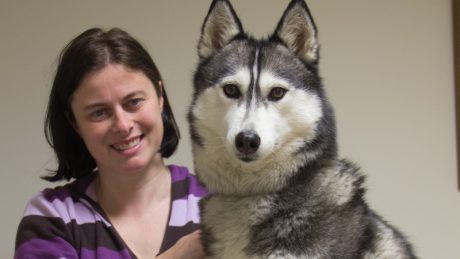 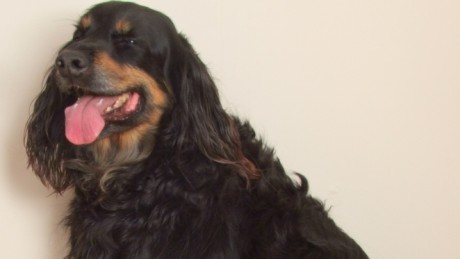 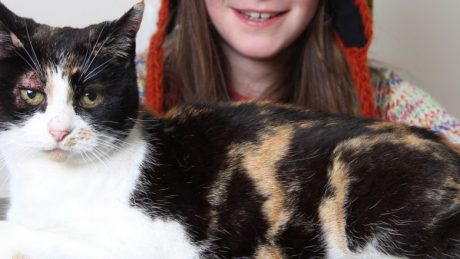