Home / Articles / Pet Health / Parasites / Fleas: why suffer them if you can prevent them?

Fleas: why suffer them if you can prevent them?

SP Fleas are common, especially in the summer months.
Read this case study from my blog to learn about a real life case study where fleas were a hidden issue.

Fleas are not always visible to owners

One in five Irish pet owners has seen a flea on their dog in the last year, and even when fleas are not actually seen, they can still be present, making pets (and owners) itch. Two thirds of owners admit to sometimes or often forgetting to give flea treatment, so it’s no surprise that these nibbly parasites are so common. The best advice is for pet owners to visit their vet for expert advice and treatment of fleas, to ask about products which provide convenient, effective and longer lasting protection.

Fionn had started to itch from time to time

Fionn is only three years old, but he has had more than his fair share of health issues as a young dog. In particular, he has had several serious bouts of gastrointestinal upset, with severe vomiting and diarrheoa that has required intensive treatment and hospitalisation. This type of problem is common, and it’s often linked to a susceptibility to allergies. Affected dogs often have to stay on a strict food plan, avoiding anything unusual to prevent a flare up. Fionn has had strict rations over the past six months, and so far, his digestive system has been behaving itself.
Two months ago, however, he developed a new problem: he started to itch. A red sore patch of skin appeared on his rump, beside the base of his tail, and he was itching all over. He was licking his feet too, and his eyes seemed reddened. A careful examination showed no sign of any obvious cause, and at that stage, it seemed most likely that this was an extension of the allergic-type disease from his gastrointestinal tract to his skin. Some dogs are prone to allergies, and this can present in different ways, in different parts of the body.
Fionn was given anti-inflammatory medication, and his itchy skin cleared up straight away. We had hoped that it might be a “summer allergy”, linked to pollens and dusts that are common in summertime. Many affected dogs get itchy from May to September, then they’re fine all winter.
However, when Fionn started to itch again in October, a pollen allergy seemed less likely. Pollen allergies tend to clear up at the end of the summer. There are many other allergies that were still possible, from house dust to floor cleaners to carpets, and these carry on all year round. Affected dogs often need to stay on long term, daily medication to stop them from feeling itchy. Was Fionn going to be one of these cases?

There are many possible causes of itchiness

Before reaching this conclusion, it was important to be absolutely certain that there was no other cause of his itchy skin. There were certain aspects of his itchiness that suggested that there could be something else going on. The focus of his itch seemed to be his lower back, just in front of the base of his tail. And on his underside, there were a few so-called “papules”, that resembled insect bites (just like humans would get if bitten by a mosquito). Some dogs with allergies can get a skin rash like this. However, all of these signs were absolutely typical of a flea infestation, and so we had to be double-double sure that these were not the cause.
Damien had never seen a flea on his dog. In fact, he had owned dogs for twenty years, and had never seen a flea in all of that time. He had never had to use flea treatments on any of his dogs, and there had never been a problem. And Fionn was a clean dog, with no traces of the “flea dirt” that’s often seen when a dog has a flea infestation. So all in all, it seemed really unlikely that Fionn could have fleas.

Fleas can be very difficult to find in some dogs

I have discovered previously that fleas can be remarkably elusive. So in some cases, even though fleas can be the original cause of an itch, they can be invisible on the animal itself. Fleas are surprisingly common: studies show that 1 in 5 owners has seen a flea on their dog in the last year, and even when a flea cannot immediately be found, they are often present, but simply in hiding.
I had a hunch that a hidden flea might be lurking somewhere on Fionn, so I spent an extra-long time examining him, on an extended flea-hunt. I checked along his back first, parting his long hair, searching for any evidence of a flea. There was nothing to be found. Next, I rolled him onto his back, and carefully checked his belly on his underside, from his chest all the way back to his tail. Again, there was nothing to be seen at all. His coat looked clean and his skin looked healthy.

It can be very satisfying to finally find a flea

Then I saw it. A tiny black creature, measuring around 1mm by 3mm, flitted across the skin of his abdomen, rushing from one area to another. Damien saw it at the same time as me: “What is it?” he asked.
There was no doubt in my mind: we had just seen a flea. And if there was one flea, we could be 100% sure that there would be others, and we could now be 100% sure that his itchiness was caused by fleas. There would be an allergic component too: fleas don’t make all dogs itch, and dogs that are allergic are made especially itchy because of fleas.
The good news was that this was a curable problem: Fionn would not have to stay on long term anti-itching tablets. Instead, we just need to put him onto an effective flea control programme. There are two components to making sure that fleas are eradicated.

One week later, Fionn’s itch had been permanently cured: no more fleas = no more itchiness. 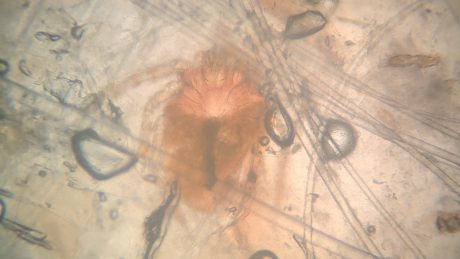 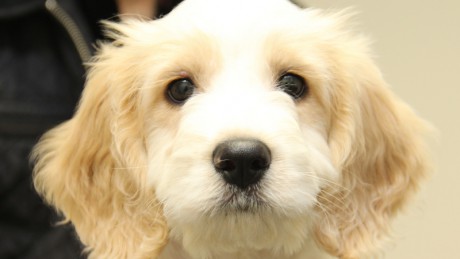 Dogs with itchy ears, treatments for fleas in cats – from toxic reactions to safe & effective spot ons | The Telegraph