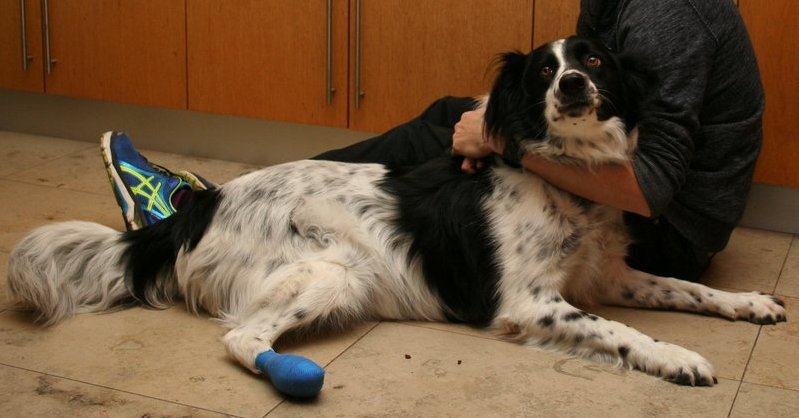 Oscar first had a problem with a mild lameness last summer.   At the time, we investigated the lameness by taking x-ray pictures. We discovered that he had low grade arthritis in both hips,  a common problem in middle aged large dogs. He was treated with pain relief tablets, combined with injections to help the cartilage that lines his hip joints. Oscar responded well to this treatment: he was soon walking normally, and by Christmas, there had been no sign of any lameness for several months. He was able to get back to his normal, active life without worrying about complications like arthritis to slow him down.

Oscar loves exercise. Whenever Art goes for a walk, Oscar goes too. He enjoys running around fields, charging up and down beaches, or tramping along pavements. Collies have endless energy, and a regular exercise regime is a key part of keeping them physically and mentally fit.

On New Year’s Day, a long walk on the beach was a highlight for Oscar. He dashed up to the waves, paddled around, then ran back up the beach. The combination of  wind, surf, sand and open space was his idea of the perfect outing . After nearly an hour of running around, Oscar was exhausted and ready to go home. It was only then that Art noticed that he was lame again. This time, the lameness was worse than it had ever been: he was actually holding his right back leg up in the air, not putting any weight on it at all.  He was still able to run around, but he was on three legs all the time. Art checked him over but could see nothing obvious wrong with him: he hadn’t injured himself in any way that could be easily seen.

Art decided to rest him: sometimes dogs can suffer from a sprained muscle that improves after a day or two of resting. But when he was still refusing to put his foot on the ground two days later, it was time to take him to the vet.
When I examined Oscar, at first I thought he might have ruptured the cruciate ligament in his right knee. This is a common injury in middle aged large dogs, and it requires a complex and expensive operation to cure it. But when I felt Oscar’s knee, it didn’t feel swollen, and it wasn’t at all sore. I then checked his hip, to see if his previous arthritis had recurred. But he showed no sign of pain when I moved his hip backwards and forwards. So why was he so lame?

I went back to basics, and examined Oscar’s leg carefully, starting at the tip of his toe, and working upwards to his hip and lower spine. It didn’t take me long to find the hidden cause of his trouble: when I tweaked one of the toes on his right foot, he yelped loudly. I then looked closer, pushing aside the dense fur on his feet to inspect the skin surface. Once I had spotted it, the injury was obvious: Oscar had sliced off a sliver of skin on the inside of the toe, creating a red raw wound that had been hidden beneath the fur. No blood vessels had been sliced, so there had been no bleeding, but it was clearly very painful when it touched the ground, like a badly grazed knee.
When I explained that Oscar must have stood on a sharp object on the beach, Art mentioned that he  had noticed some broken glass. He had thought he’d managed to keep Oscar away from it, but the dog must have managed to stand on a sharp glass fragment, and the resulting injury was causing his lameness.

Treatment was simple: a dressing to protect the wound for a couple of weeks. Oscar will soon be running into the surf like normal again. 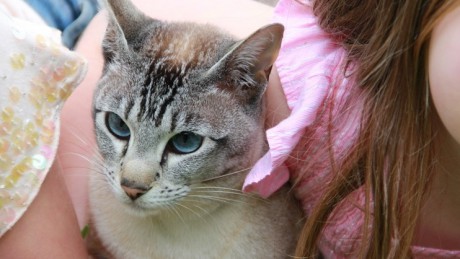 Tabitha, the Tonkinese cat who got her head stuck in a crisp bag. 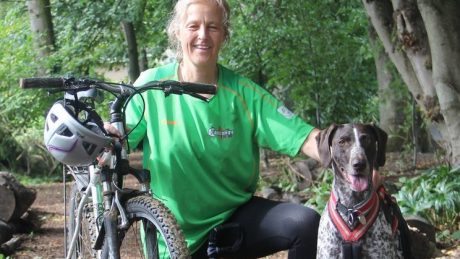