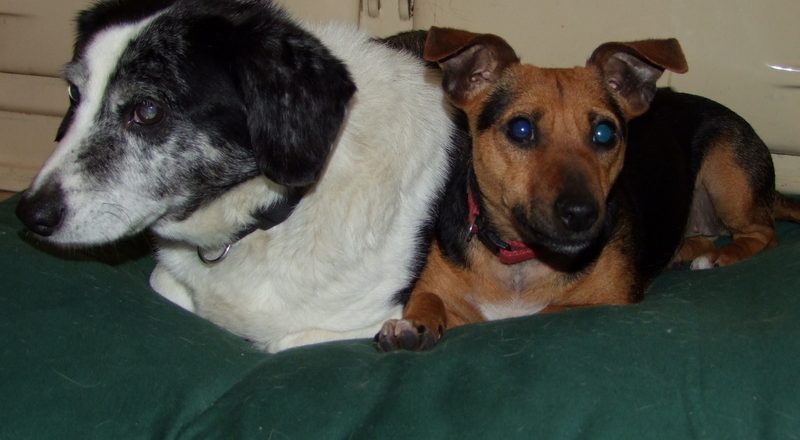 Spot (on the left in the photo), my own dog, is fifteen next month, and his problems are typical of many dogs of his age. He copes with many of the common problems of elderly dogs well enough to still have good quality of life.

Spot is a cross bred terrier so his joints are healthy compared to many pedigree breeds of dog, but he does get slow and creaky, and he’s on a patchwork of a combination of treatments to make sure that he’s kept comfortable

Middle aged dogs get obese: elderly dogs often get too thin. We need to watch Spot’s weight to keep him just right

Spot likes short regular walks rather than occasional long walks. At the weekend, for example, we only took our younger dog up Bray Head – Spot wouldn’t be able for that
any more

Spot has cataracts in both eyes, and 3 months ago, one of them dislocated, causing glaucoma. He needed emergency treatment from an eye specialist to have his lens removed, and since then he needs twice daily eye drops to keep his eye stable

Spot is deaf. In the morning, he keeps sleeping unless I shout “good morning” to him or go up to him to gently shake him awake

Spot has had his teeth brushed regularly and he has Dentastix, so his teeth are in good condition, but many older dogs suffer from advanced dental disease which can shorten their lives by leading to liver and kidney or heart disease

Spot is on a long term special diet for liver disease: two years ago, he became jaundiced and nearly died after an episode of hepatitis, which is common in older dogs. He made a full recovery but we need to carefully control his diet these days: he has a low fat, highly digestible food. Sometimes he steals scraps (eg something that falls to the ground when cooking) and this can cause him temporary digestive problems

Spot is not quite the dog he used to be. He sometimes forgets who he knows, barking madly at good family friends, or greeting strangers as if he knew them already. He sometimes wakes in the early hours, barking at 5am to go out for his morning walk. And he gets lost sometimes, just a bit confused about where he is. We need to watch him carefully.

Spot has an increased thirst, and we need to fill the water bowl more often than in the past. We regularly measure how much he’s drinking because this is a good way of getting an early warning of problems. There are many possible causes of increased thirst in older dogs, including liver disease and kidney disease.

Regular visits to the vet

An average adult dog should visit the vet once a year for an annual check up: with older dogs, it’s worth going every six months. There are often small issues that owners are not aware of because they are subtle or appear very gradually and go unnoticed. This is a pity, because treatment can improve an animal’s life significantly. Examples of problems sometimes not noticed by owners include: 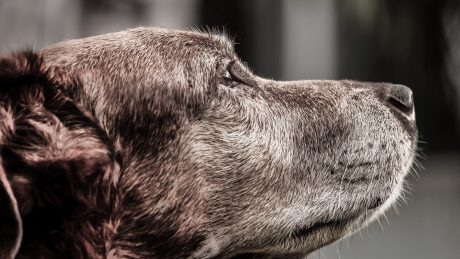