In this week’s Petfix pet spot, Pete gives an update in the latest scientific advice on whether, and when, to spay and neuter female and male dogs.

First: To breed or not to breed?

The main message is that there is zero benefit to male and female dogs and cats from breeding: in fact, the process of pregnancy carries some risks. And up until COVID, there has always been a problem with overpopulation of pets in Ireland, with many dogs needing to be euthanased in dog pounds because there were too many. This has changed with the surge in interest in dog ownership during the pandemic, but it is likely to swing back again soon enough as people go back to work. So everyone has a social responsibility to ensure that their pets don’t contribute to a surge in unwanted dogs

Say NO to unplanned litters of pups and kittens

As far as planned litters, just be aware that there is a lot more work involved in breeding than you might expect:

Second, to spay or not to spay?

The operation in females is called spaying, or technically, ovarohysterectomy (uterus and ovaries are surgically removed). Operation costs €200 to 350, depending on size/age of dog.

Reasons not to spay:

Nowadays, vets say that a decision on spay/neuter should be done on an individual basis, depending on the specifics of the pet, to optimise timing. For small and medium breeds, usually 5-8 months is right. For large and giant breeds, it may be best to wait till they are older, but talk to your vet is the message.

The operation to neuter male dogs is called castration, unpleasant as that word may sound to many people, especially to many men.

Reasons not to castrate

While smaller dogs should be neutered at around six months of age, it’s now recommended to allow large or giant breeds of dogs to develop to full maturity, at around 18 months of age, before doing the operation. This helps to avoid some joint and bone problems that are more common in these breeds if the operations are done whey they are younger. And there are some specific breed related issues e.g. Dachshunds are more likely to develop disc disease in their spines if they are neutered when younger.

Again, the answer for pet owners is simple: speak to your vet to find out what’s best for your pet, or visit Petfix Club to learn more. 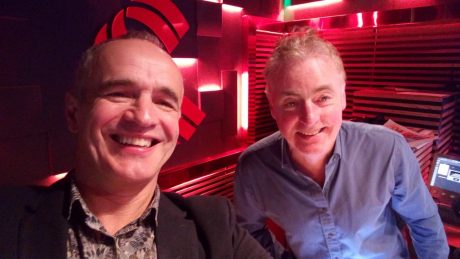 Podcast: Pete chats to Dave Fanning about pets on a Sunday morning | RTE

The Petfix vet spot on the Today Show: barking, meowing and purring | RTE