The pros and cons of spay and neuter: Pete the Vet talks SpayAware on Newstalk’s Pat Kenny Show

Listen to the podcast by following the link at the foot of this page.

Spayaware was launched in 2002 as part of a nationwide grass roots effort by animal welfare groups, vets and individuals, to highlight the importance of spaying and neutering as a way of addressing Ireland’s pet overpopulation crisis. SpayAware also shares the pros and cons of spaying or neutering cats and dogs, and promotes the procedures as an important part of responsible pet ownership.

Now supported by ISPCA and Veterinary Ireland, Spayaware has become a year-long campaign. The first week of June every year – during what used to be called “SpayWeek” – is still the time when there is a particular focus on getting the message about spay/neuter into the public arena and consciousness​​.

There are two main reasons for spaying and neutering

Ireland has a serious problem with unwanted puppies and kittens, and it’s estimated that around half of all pups are from unplanned pregnancies. If all pet dogs and cats were routinely spayed and neutered, the overpopulation problem would rapidly be solved.

Spay/neuter removes the reproductive hormones from the body, and this can have profound effects on the overall health of the animal. Most of the effects are positive, but there may be negative aspects for some animals, so a risk-benefit analysis should be carried out for each animal in conjunction with your local vet, who knows your pet.

As well as removing the inconvenience of regular seasons and the risk of unwanted pregnancy, spaying markedly reduces the risk of mammary cancer (the most common tumour in female dogs) and prevents pyometra (a serious condition involving an infected womb which is seen in 23% of  females that are not spayed).

Again, spaying removes the risk of unwanted pregnancies and the behavioural changes linked to being in season. It also dramatically reduces the risk of mammary cancer, which is the third most common tumour seen in cats.

Castration reduces the incidence of many conditions that affect the prostate gland (e.g. benign prostatic hyperplasia, prostatitis/prostatic abscesses, prostatic cysts and para-prostatic cysts). Around 95% of male dogs are affected by one or more of these conditions if they are not castrated.
Castration also reduces the risk of conditions affecting the perineum, around the anus, including perianal adenoma and perianal fistulas.
Castration reduces some types of aggression  in male dogs, lessens marking with urine, and reduces roaming and straying, as  well as lessening male driven behaviours like mounting people’s legs or furniture.

Neutering reduces fighting between cats by over 80%, preventing physical injuries as well as reducing the chance of picking up viruses such as FIV.  Male urine marking behaviour also reduces after a cat is castrated.

Are there adverse effects from spaying or neutering?

These adverse impacts, even though they may be rare and relatively minor, demonstrate that there are pros and cons to any surgery: it’s a case of considering both sides before reaching a decision.

Summary of neutering and spaying pets

For most dogs and cats, neutering (of males) and spaying (of females) should be carried out in the first two years of life. It’s best to make the decision on an individual basis after discussing it with your own vet.

To find out Pete’s answers to these questions, listen to the podcast below. 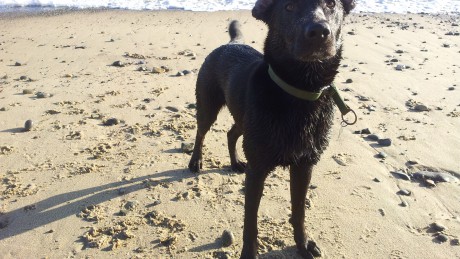 Tomorrow’s Finzi’s big day: she’s going to the vet to be spayed 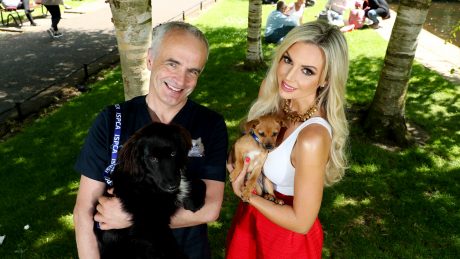 Spaying & neutering: why is it so important for pets? Podcast from Pete the Vet | East Coast Radio