Lupus the cat had something strange protruding from his ear

As one of Ireland’s most enthusiastic bird watchers, it may seem strange that Eric Dempsey is a cat lover. Cats are serious predators, and although Eric has four cats, he takes steps to minimise their impact on the local bird population. First, each of his cats have two bells on their collar, to warn birds that they are close by. Second, he controls the movements of his cats: they are kept indoors from an hour before dusk until an hour after dawn the following day, which includes the times when birds are most likely to be caught by cats. By taking these steps, bird fatalities in gardens can be reduced by 90%.

Eric’s cats are generally healthy, but recently Lupus developed a sore right ear. She started to scratch it, and she held her head tilted to one side. When I peered inside her ear with an otoscope, I could see a red, fleshy growth inside her ear canal, like a small tumour.

The first stage of helping Lupus was to find out more about the growth: was it cancerous, or was it something more benign? I took a biopsy by cutting off a small section of the lump, and sending it off to the laboratory for analysis. The result was surprising: the growth was something called a “nasopharyngeal polyp”. This is a rare condition which is a bit like a type of wart. Although the problem seemed to be in her ear, I now knew that the problem had started at the back of her throat, where there is a narrow tube (the Eustachian tube) that links the back of the throat with the middle ear.

The Eustachian tube acts as a way of equalising the pressure between the inside of the ear and the general atmosphere: if you are ascending in an aeroplane and your ears go “funny”, everyone knows that if you swallow or yawn, your ears go back to normal. This is because when you swallow or yawn, the Eustachian tube opens, releasing the pressure inside your ears. All mammals share this mechanism. The tube also helps to drain discharges from the inside of the ear to the back of the throat: it’s a clever piece of biological plumbing.

Every part of the body is prone to oddities, and the Eustachian tube in cats is no exception. For reasons that we don’t understand, sometimes a wart-like growth (known as an “inflammatory polyp”) sprouts from its lining. As this growth grows bigger, it can push out in one of two directions. If it goes downwards, it emerges at the back of the throat, causing cats to cough, splutter and sneeze. And if, as in Lupus’ case, it goes upwards, the growth pushes into the ear, where it causes itchiness and discomfort.

Treatment is simple: surgical removal. Lupus was booked in for the procedure at our clinic. When she was anaesthetised, I dissected out the red, fleshy growth. It was a bit like digging out a deep rooted weed in the garden. I wasn’t able to get right to its base, which was deep inside her skull, in the narrow Eustachian tube between her throat and her ear. But I was able to remove most of its bulk, giving her immediate relief from the discomfort. The surgery was followed up with a course of anti-inflammatory medicine, in an attempt to stop the polyp from growing again.

Lupus felt better immediately after the operation, becoming more active and friendly. Eric now realises that she must have had a dull earache which the operation has cured. He now only has one worry: now that she feels better, will she start to chase more birds? 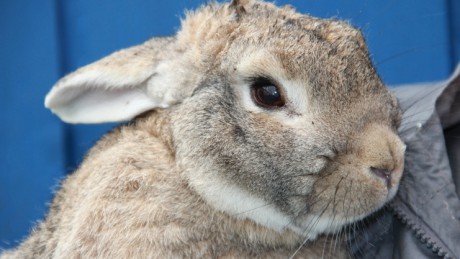 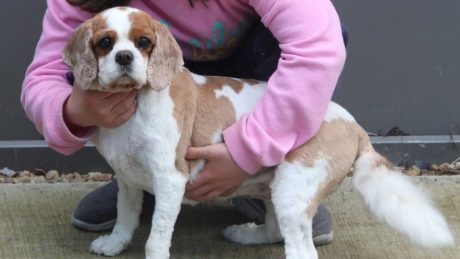 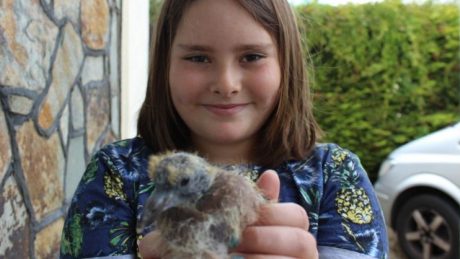